Kuala Lumpur, Aug 5, 2009: "Democracy does not mean anything goes. It certainly does not 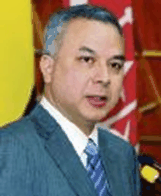 mean mob rule," Nazrin of Perak said Wednesday night. He said in any functioning democracy, there were rules as to how society was to be governed, and in Malaysia, the rules were enshrined in thecountry’s constitution. "Our constitution spells out not only what our rights are but also what the limits to those rights are. These limits ensure that decisions are not made by those who wield the most power, shout the loudest or behave in the crudest manner," he said.

Nazrin who sold the state of Perak to the BN thieves, was
delivering a speech titled "Imbued with Integrity, Endowed
with Ethics: Foundation for Managing Malaysia through
Enlightened Value-Driven Leadership" at the 25th Tunku Abdul Rahman Lecture organised by the Malaysian Institute of Management here.

Nazrin of the stolen state of Perak said: "If we seek to settle disputes through mob rule and lawlessness, our disputes will never be settled." "Precisely because we have so much riding on the judiciary, it is vitally important that there is judicial independence and impartiality. Without them,the rule of law cannot prevail. And when the rule of law has become unhinged, it must be fully restored," said the know-all Nazrin of Perak. He said since the country’s last general election in March last year, political contestation has become more common and more intense, and this is likely to continue for some time to come.

"But whatever our differences, our overriding concern must be to create the type of nation we can all be proud of. We must never turn our grand positive sum nation-building endeavour into a fractious and destructive zero sum one. "We have a good system of governance in place that has served us well and Malaysians should seek to improve on and strengthen this system."Nazrin of Perak said: "Wherever there are weaknesses, we should acknowledge them and strive to overcome them."

He said the Malay rulers are above partisan politics, and this is what a constitutional monarchy 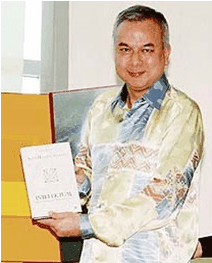 means and what the rulers assiduously believe. "For until and unless rulers are placed above everyday politics – and the controversies that will inevitably follow – they will be unable to carry out their constitutional functions properly. These functions are necessary for the operation of democracy in this country," he said. Nazrin in trying to protect his ass said the present situation in Perak stemmed from a political problem, that of political crossovers, "but was very quickly compounded by otherdecisions and actions of questionable legality.""

By the time the ruler became involved, it has escalated to such a point that it was not so simple as to press the reset button as some would have liked. "When rights may have been violated and laws infringed, one cannot just conveniently wipe the slate clean and pretend as if nothing had happened. "The ruler cannot take sides in political contests, whether with acts of commission or omission. He has to make decisions based on justice and the rule of law," he said. In making the right decision in any situation and act in a manner that is fair and impartial, the ruler must be guided by the constitution, it encapsulates all the values that form the very foundation of Malaysian society. In the Perak case, the ruler adhered closely to the letter and spirit of the state constitution, he said.

After all, the ruler of Perak "Azlan has considerable knowledge of the law, having spoken and written about it extensively throughout his career (as a judge and Lord President)," he said.

The first principle is that all citizens, not invested with the power to govern, have equal access to power and the second that all citizens enjoy legitimized freedoms and liberties. When these basic freedoms and liberties are robbed of the people, then the only civilized course of action by any responsible citizen who cares about his nation, is to ensure that his voice is heard loud and clear! Get this straight into your ever conniving brain! When injustice becomes law, rebellion becomes duty! If rebellions become the order of the day, the nation is simply ruled by the criminals and the corrupt.

Ask yourself whether you and your family members including your ‘guardian angel’, the Agong Najib, have plundered the nation’s wealth and robbed the poor of a bare minimum standard of living! It is a pity that only in Malaysia,even the right to a peaceful demonstration is robbed of the people! What’s worst, the peaceful demonstrations are converted into lawless mobs by ‘peacekeepers’ who are supposed to protect the peace of this nation.

Nazrin the illegal seller of Perak: Saintly words should never be uttered by a person who has lost all sanity! If you still insist in building an impossible bridge between two mountains, just for that clap of your ‘creativity’, then let us warn you that our actions too will have far reaching consequences; we will destroy those mountains to mere ashes, and stuff your filthy mouth with the last peck of that dust and prepare you for your last journey to the gates of the condemned hell! 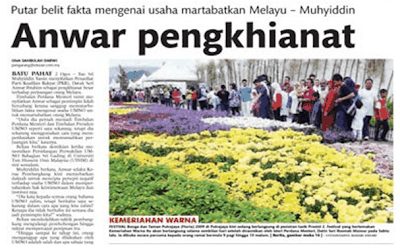 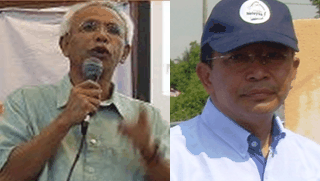