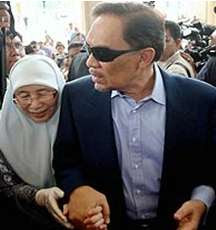 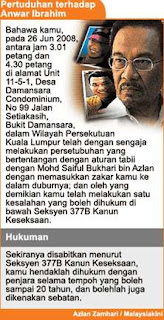 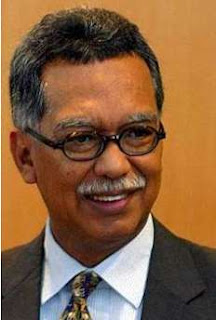 Is personal interest to deny Petronas of Wan Zulkiflee's leadership?

Words are Tan Sri Hassan Merican has an appointment to see the Prime Minister this morning. It is likely about the non renewal of his appointments in Petronas. Perhaps Dato Seri Najib would 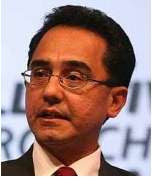 be seeking his advise on who best to replace him.

If he were to actually seek for advise, it is a surprise. Hassan Merican tenure is due to end on February 9th, give or take a day earlier or later. But why has Government not decided on a succession for Malaysia's biggest and Government-owned company?

This blog had wrote something on corporate succssion plan here. Replacing the CEO of a major company and furthermore an Internationally reknown company cannot be done in the manner of Minister's appointment or removal.

When Zaid Ibrahim was appointed Minister in charge of law in the PM Department, the morning before the evening announcement Zaid had no inkling of being appointed Minister. The night before he was still ridiculing and bashing Tun Lah.

The new CEO need to be made known earlier and for the business community, local and abroad, to receive him. Business partners, contractors, suppliers, clients, management & staff, policy makers, and array stakeholders need to familiarise with the new CEO.

Plainly said, Malaysia would look ridiculous and the Prime Minister would be looked at negatively by the corporate community if he made his appointment announcement and the man is placed immediately in the hot position.

It will destroy the credibility of Petronas long crafted and executed corporate succession plan. If Petronas has a succession plan, it's Board of Directors would have long had somebody in mind.

Anuar and Wan Zulkiflee are a member of Petronas Management Committee and the all around preferred choice in the Petronas organisation is 49-year old Wan Zulkiflee. This blogger used to write about sucession plan and it is important for new CEO be accepted from within the organisation.

Why is the announcement not made? It seems The Malaysian Insider yesterday published the a report which had the same set of information as the one this blogger had, except for an additional candidate as in name Datuk Ahmad Nizam Salleh. It seems a young brat from within the Board of Directors of Petronas have been poking his nose into an are he is not supposed to.

FEB 2 — If there is one takeaway from the Petronas saga, it’s probably this: your sterling track record as a corporate captain will count for little if you and the chief executive of Malaysia have some baggage.

Without question, Tan Sri Hassan Marican has done well since becoming the top official at the national oil company in 1995, turning it into a respected energy player on the global stage, leading it to become the country’s most profitable company by a mile (Petronas contributes 45 per cent of Malaysia’s revenue) and yet at the same time ensuring that it earned a reputation for prudence and solid management (Petronas debt ratings is higher than the Malaysian sovereign).

And yet this is likely to be Hassan’s last week as the chief executive and chairman of Petronas. Officially, the 57-year-old has not been told that he will be replaced by either Datuk Shamsul Azhar Abbas, Datuk Anuar Ahmad, Datuk Wan Zulkiflee Wan Ariffin or Datuk Ahmad Nizam Salleh.

But the signs have been there for sometime, from the whispering campaign by some administration officials and their runners to paint him as dictator of sorts, to planted reports in the media, and the withering support from his one-time staunch promoter, Tun Dr Mahathir Mohamad.

Some of Hassan’s supporters argue that he is paying the price of saying no to Datuk Seri Najib Razak who, as the prime minister, has complete authority over the affairs at the oil company.

They point out that the source of the friction between Najib and Hassan was the decision by the Petronas board to block the appointment of Omar Mustapha, one of the PM’s advisers, as a director.

The appointment of the thirty-something was blocked because he had defaulted on his scholarship loan agreement with Petronas. Najib’s inner circle took the rejection as an affront, a sign of disrespect not only by the board but more so by Hassan.

Their argument was simple: No one in Malaysia has the power to block any decision made by the PM pertaining to Petronas. Not the board. Not Hassan.

From then on, there has been a clamour among Umno officials and Najib’s aides for Hassan to be made an example for the rest of corporate Malaysia, with the hawks arguing that extending Hassan’s tenure at the top of Petronas would be seen as rewarding belligerence.

But Hassan’s supporters dismissed the notion that the Omar episode was the career-breaker, noting that Hassan and Najib have not had a comfortable relationship for years, ever since the latter was the deputy prime minister.

In fact, they argue that Hassan has not had a comfortable relationship with previous DPMs or Finance Ministers because he stubbornly held to the position that as the chief executive of Petronas, he only had to report to the PM.

He escaped the chop only because he had the support of Tun Dr Mahathir Mohamad and Tun Abdullah Ahmad Badawi. But with the change of guard in Putrajaya, it was only a matter of time before Hassan’s streak of independence became a liability.

The manner of his impending departure is a sign of how poisonous ties have become between Malaysia’s top corporate figure and the administration. The long-drawn affair in selecting a successor is also a sign that Najib is aware that Hassan’s successor must not only be acceptable to him but to other stakeholders, especially Petronas staff.

This rotten young brat was a former Petronas employee and his boss then when he was in Corporate Planning was the retired Datuk Shamsul Azhar Abbas. It seems Datuk Samsul is also friendly with a daughter of a Tan Sri Mahmood that is closely related with that young brat.

This blogger have been press the brakes from being continually critical on this young brat since it was revealed by some sources that he had was never part of Khairy and the 4th Floor mafia.

But trying to lobby the Prime Minister with a sinister self interest and personal agenda is intolerable. This has to be exposed so as to make the PM aware. Like Dr Mahathir kept saying repeatedly, one must tegur pemimpin to prevent them from making a bad decision and to improve them.

All the candidates are technically qualified and have corporate experiance running PLCs, but young brat is lobbying someone so that he can dictate his agenda through and out of personal interest to repay some favour his former boss may have made for him. Certainly having a younger man will stand in his way to move into the CEO of Petronas position for himself.

That can't be the final decision-making criteria for Najib. Information passed to us that Datuk Shamsul has personal weaknesses that can be manipulated and taken advantage off by other parties. The weakness will not be disclosed but let just say that the detractors of Hasan Merican used to comment on something similar.

Let the choice be made on professional and tangible basis that is beneficial for Petronas and not for some young brat's personal agenda.

After all, when he was in Petronas he was just an entry level officer. He is practically novice in the bigger working of Petronas and knows only limited personalities.
Oleh Hambali Abdul Latiff at 2/04/2010 03:22:00 AM No comments: